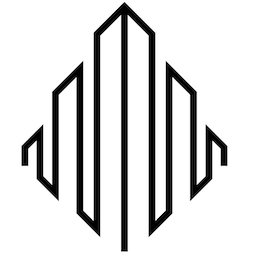 There are two key components:

It is NOT an expensive coaching program or mastermind.

It's not some kind of weird "NFTs in the metaverse" thing.

It's doing deals. Together. Today.

Until now, purchasing medium sized commercial assets ($2-20 million) required you to be part of a company. This is because there are a lot of different skill sets involved - finding deals, underwriting them, managing them, legal help with syndications, investor relations etc - and it’s extremely difficult, often impossible for one or two people to do it on their own. This meant that you had to recruit and compensate an entire team of people (and note that recruiting itself is a skill of its own) in order to succeed.

A DAO, however, allows many different people with different skills to work together without having to create a company. Instead, they find their niche within the ecosystem and help close deals for which they are direct owners.

Similar to how Uber unbundled the transportation supply chain, REI DAO unbundles the deal process. But instead of getting paid cash on a per-trip basis, members are compensated with real estate equity that is tracked and trade-able on the blockchain.

Because members are not confined to the deal pipeline of a single company, this allows them to focus 100% on leveraging their most valuable skills across dozens, even hundreds of projects.

Instead of owning several thousand or even tens of thousands of doors, as real estate companies do, REI DAO empowers individual members to own chunks of millions of doors.

Who is behind this?

Ultimately the DAO will be self-sustaining, but in this early stage we are a team of experienced syndicators and entrepreneurs who have come together to build the community and infrastructure.

Keep Up With REI DAO On The Go

REI DAO is powered by Mighty Networks
Phone numbers from outside the United States may need to use a prefix (e.g. +44 XX XXXX XXXX). Available on iOS and Android. This site is protected by reCAPTCHA and the Google Privacy Policy and Terms of Service apply.
Join